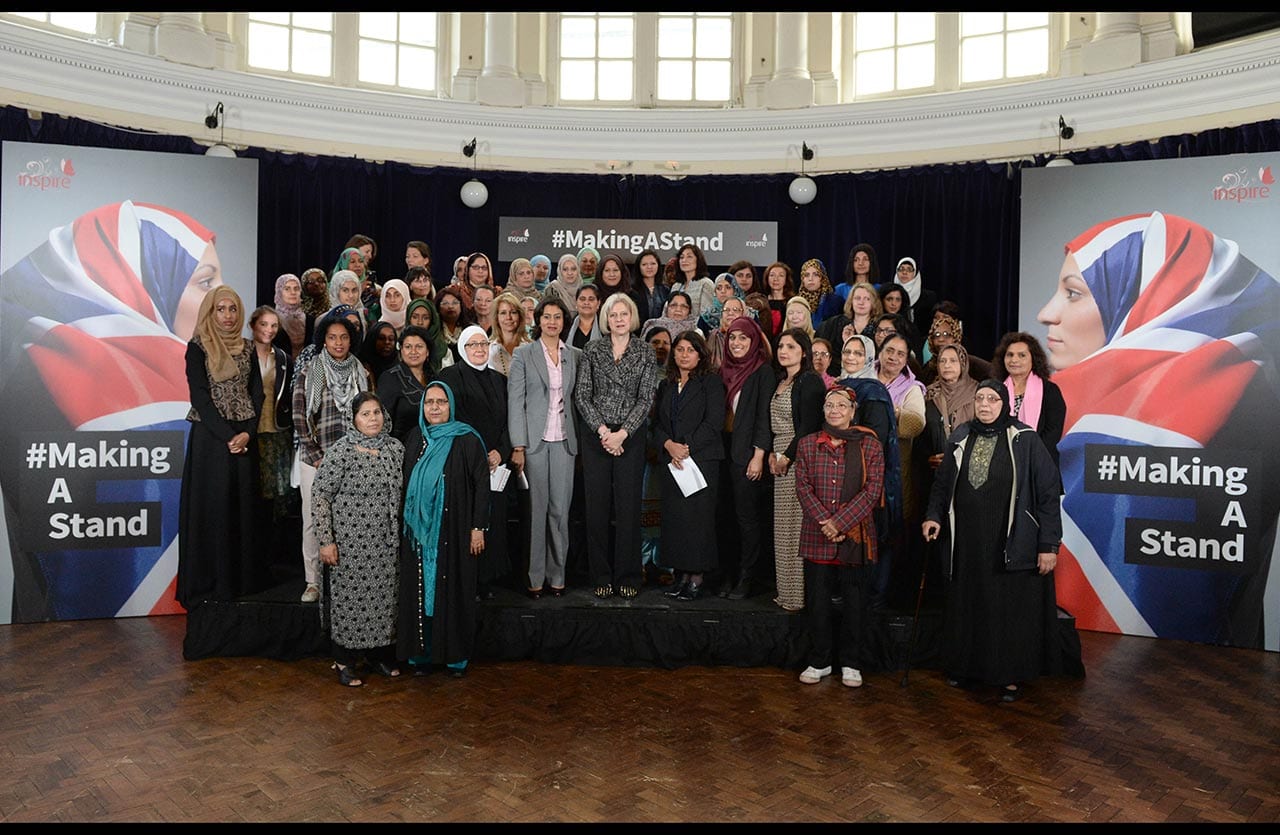 A group of Muslim mothers have launched a campaign to stop radicalisation from what they name as the real culprit: “Sheikh Google”.

The Make a Stand campaign, launched in London in September, has the backing of Home Secretary Theresa May.

The campaign, launched by the organisation Inspire, is designed to encourage people within the British Muslim community to “make a stand” against “extremists and radicalisers” by educating their children that “to be part of the so called Islamic State is the most un-Islamic thing you can do”.

“The biggest issue right now is the internet – it’s Sheikh Google,” Hifsa Haroon-Iqbal told The Telegraph at the campaign launch. “It is very important that we as women and as mothers stand out so that our children can hear our voices loud and clear. We are our children’s first teachers and we will always lead them on the right path and our voices need to be heard by them and by society at large.”

Khola Hasan, an assistant judge for the Islamic Sharia Council and a mum of four, agrees with the analysis: “I think a lot of these young people [who are being radicalised] aren’t communicating with their parents and their parents don’t know what they’re thinking. I can understand a little bit that young men want to join because they have a gun and can feel important.

“For girls, for them to want to be that bride, it’s almost Romeo and Juliet – it’s a weird fairy tale. They think, ‘There’s these lonely men. I’ll be this wonderful companion, and perhaps I’ll get to shoot a few people’. I think they need psychological help.”

Speaking at the launch event, home secretary Theresa May said “I truly believe that [as] women, as mothers, sisters and daughters, you have a unique and powerful role to play in helping to combat the extremist challenge here and abroad, and in taking lead to stop preachers of hate preying upon your young people.

“Challenging hatred and extremism is a job for all of us and we must challenge it wherever we find it. If as women in your communities you can exert influence, can create local support networks… then I and the Government will support you.”

Aisha Khan, a 20-year-old student at Goldsmiths University, thinks the campaign was a good idea, saying “For young people post the age of 18, their parents need to talk to them. Young people, to be honest, don’t really watch the news or know what’s happening. But their parents should have conversations with them about it. The reality is we do have to talk about it or we’ll let ignorance prevail. If you don’t talk to your kids, you’re letting ignorance prevail – then everyone’s really shocked their child is going to Syria.

“All you can do is speak to your kids. Don’t brush it under the mat.”

Five Unmissable Things To Do In Trinidad and Tobago
No comments

Top 3 Beaches to visit in Cornwall
No comments