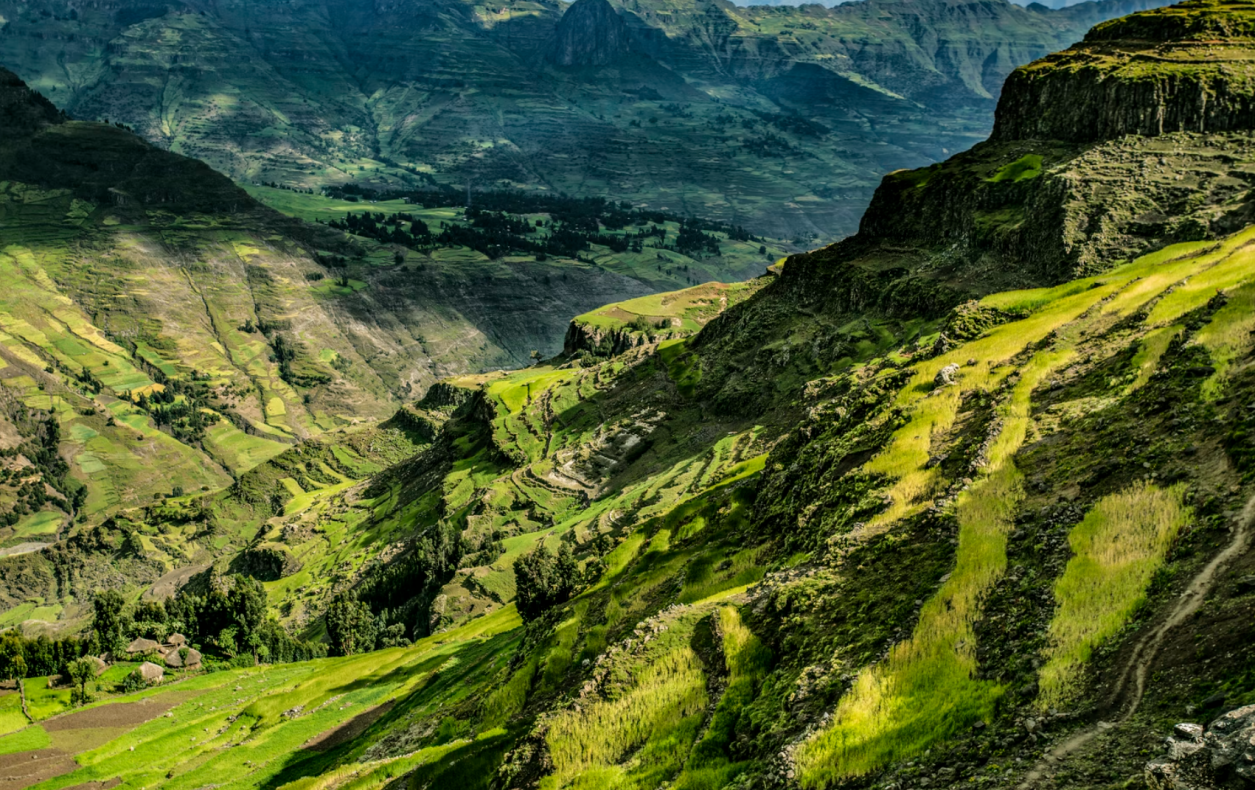 Ethiopia is distinctively known as the ‘roof of Africa’ as it is home to 70% of Africa’s mountains. With its beautiful landscapes, superb scenery, world-famous UNESCO sites and divine coffee, Ethiopia has slowly become a favourite for tourists, as it is known to have the most UNESCO sites in all of Africa! Although the Italians stayed for a short while in the early 20th century, the country has never been colonised in its entirety. It is, therefore, home to natural and untouched towns, cities, monuments and landmarks.

To add to this, Ethiopia also possesses a very deep and profound history which allows one to travel back thousands of years. A history which witnessed the rise and decline of dynasties, imperial resurrections, revolutions, new rulers and peace and war.

Whilst exploring the history of Ethiopia, one will not fail to notice the many pages dedicated to the narrative of the first emigration in Islam. Readers of the saga of the Prophet PBUH will notice that the Prophet PBUH, in his fifth year of prophethood, decided to send some of his companions – who he believed were vulnerable in the then mafia society – to Ethiopia. Also known as Abyssinia, this choice was not impromptu. It was a careful, thoughtful and insightful decision made on the part of the Prophet PBUH.

So why did the Prophet PBUH decide to send the first cohort of migrating companions to Abyssinia?

To answer this question, we have to rewind time and take another look at the narrative.

The Prophet’s PBUH message undoubtedly enraged the Quraysh as it would cause a significant change in a system which gave them power. This led to mockery, slandering and verbal insults. However, with time, this gradually turned into physical violence. It was at this point that the following verses from the chapter Al-Nahl were revealed: ‘And those who emigrated for [the cause of] Allah after they had been wronged – We will surely settle them in this world in a good place; but the reward of the Hereafter is greater, if only they could know‘. (Qur’an 16:41). Exegetes of the Qur’an such as Imam Tabari and Imam Qurtubi both mention that this verse was sent specifically as instructions for migration to Abyssinia.

The main reason for this was because of the justness of the King at the time known as Negus. Ethiopia was viewed as a friendly country and a place where one could find refuge in times of distress. What’s more, it provided the companions with a safe space to express and practice their religion.

This is still the case today as many who visit the land of Abyssinia will attest to this fact. What’s more, this marked a great point in history as it was recorded in the history of Islam as being one of the finest attempts in creating a universal Muslim community.

King Negus sure did take them in and in fact, accommodated them very well. Whilst some of the companions did eventually return, some chose to stay behind. Today their bodies can be found in the Mosque located in the town of Negash.

One point remains a mystery; exactly where in Abyssinia did the companions travel to? Was it in fact Eritrea? There are reports of a Mosque that was built in the port city of Eritrea known as Massawa Mosque or the Mosque of the Companions. There is also a Mosque known as Amedin Mosque or Negash Mosque located in Negash village in the Tigray Region of Ethiopia. Whilst some articles make mention of each Mosque and associate them with the companions, there is no satisfying evidence to suggest the exact location of migration.

+ posts
Juber Ahmed is our Digital Editor and travel enthusiast with a keen interest in Islamic history and heritage. He travels with his wife to various places around the world and writes about his experiences.
Juber's favourite Quote...
"The World Is a Book and Those Who Do Not Travel Read Only One Page" [Saint Augustine]
Tags: africa, ethiopia, halal trip, unesco

Your best looks for Ramadan and Eid on Modanisa.com
No comments