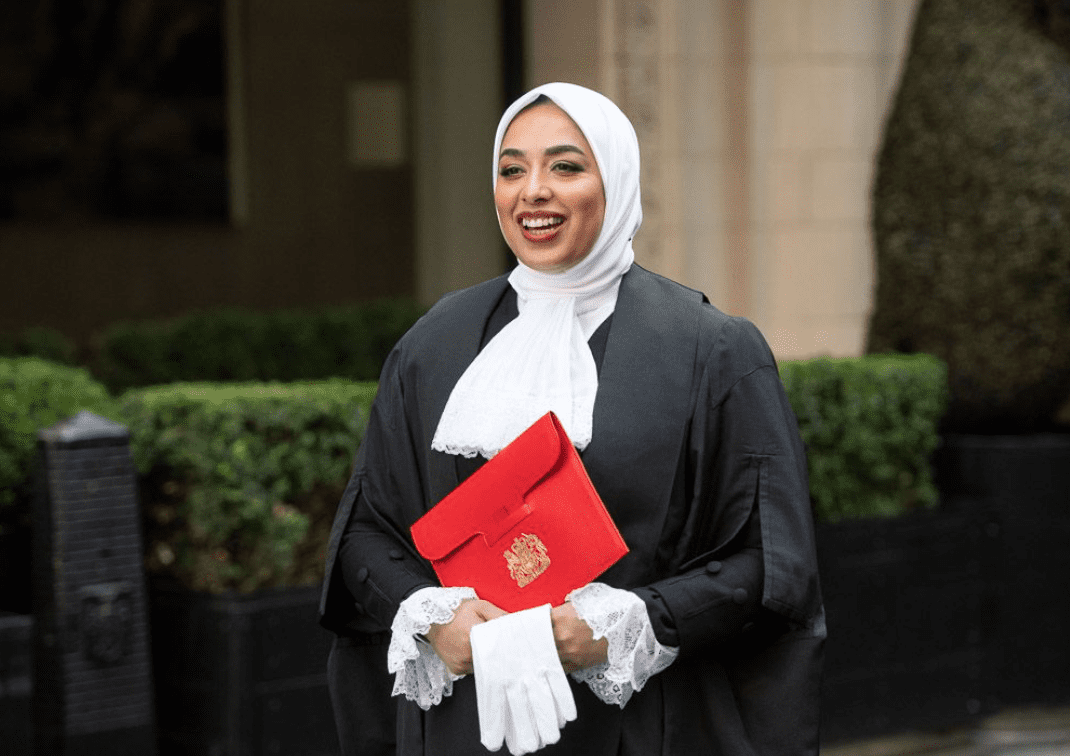 History was made earlier this week when Sultana Tafadar was appointed the Queen’s Counsel (QC) – the first hijab wearing criminal barrister in Britain to receive this mark of excellence.

Receiving her letter of patent at a ceremony earlier this week at the Palace of Westminister, a second ceremony was enjoyed at the Royal Courts of Justice with her peers.

Sultana joins an elite group of lawyers to be appointed Queen’s Counsel.

‘I am delighted to be one of the two hijab wearing barristers ever to have been appointed Queens’ Counsel, and the first at the Criminal Bar. I am also thrilled to be joining the ranks of trailblazing female QC’s. Yet on such a day, when i am rising to the pinnacle of my profession in Britain, i note with great sadness that the same opportunities are currently denied to hijab-wearing women in other countries, such as France.’

‘Representation is important and the Bar can be a difficult terrain to navigate for those if us from non -traditional backgrounds, but it is changing. Sixteen years ago, when i first started at the Bar it was a lonely place: there were few black and ethnic minority women, and no other hijab wearing criminal barristers. We are breaking through the barriers, and i hope many other young women will now feel they can also reach the dizzying heights of the profession regardless of their race and religion’.

Ranked in the Legal 500, Sultana is highly regarded for her work in human rights, counter terrorism and national security, and international law. Her cases straddle high profile criminal trials that have helped set important precedents. She also advises states and organisations on human rights and international law; and provides consultancy on equality, diversity and inclusion to large multi-national corporations.

Sultana is involved in the legal campaign to end the hijab ban in France. Later this year she will be making important submissions to the United Nations on how the French government is in breach of the international law in areas such as civil rights and sex discrimination, as well as violation of religious freedom, and economic rights of women.

‘Growing up in the 80’s and 90’s, i saw lots of injustice, and racism. I took inspiration from the Civil Rights Movement, Martin Luther king and Malcolm X. I knew i wanted to be an activist lawyer.’

Muslim in the city – Date nights – a nuisance or saving grace?
No comments

5 OF THE BEST BLUSHERS TO LOOK INTO
No comments