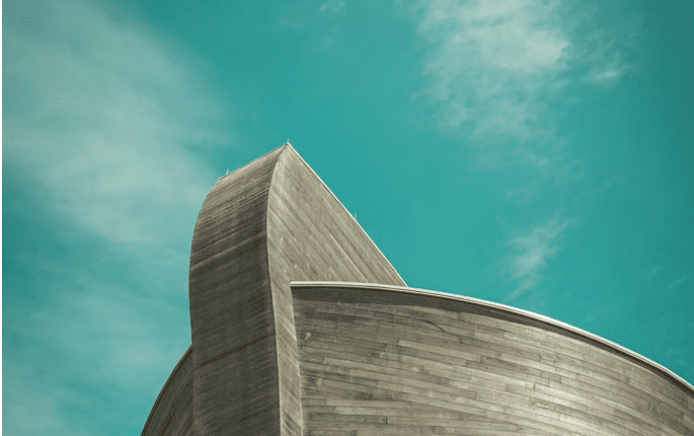 Noah (A.S.)was a simple man before his call to Prophecy and was highly devoted to and
worshipped single creator almighty ALLAH (S.W.T.) and is the reason ALLAH (S.W.T.) gave so
much importance and respect to him. Prophet Noah (A.S.) is mentioned forty-two (42) times in
the Qur’an by the name that describes the importance of him in the Qur’an.

Little is known about the lineage of Prophet Noah (A.S.), however, according to Ibn Kathir,
Noah (A.S.) was the son of Lamech and Lamech was the son of Methuselah. Noah (A.S.) thus is
also mentioned as Nuh bin Lamech bin Methuselah. He is described as one of the earliest
messengers sent by ALLAH (S.W.T.) to preach to the people about ALLAH (S.W.T.) and the last
day. He is also one of the messengers who had a very old age. According to the Qur’an and
Hadith (Narrations of the Prophet), Noah’s real age was 950 years. Besides this, Prophet Noah is
mentioned in the scriptures of almost all religions.

Noah (A.S.) is thus considered as one of the important Prophets in Islam, Judaism, and Christianity, and the large population that we have today is from the generations of his sons (Shem, Ham, and Japheth) and other people who were saved from the destructive flood.

The people of Noah denied before them, and they denied Our servant and said, “A madman,” and he was repelled – Al Qur’an (Ch54, v9)

We had certainly sent Noah to his people, and he said, “O my people, worship Allah; you have no deity other than Him. Indeed, I fear for you the punishment of a tremendous Day – Al Qur’an (Ch7, v59)

The large part of the community of Hazrat Noah (A.S.) did not give up the practice of Idol
worship and committing sins, and in the last Noah (A.S.)complained to ALLAH (S.W.T.) about his
community.

ALLAH (S.W.T.) told Noah (A.S.) to not feel disheartened (as the people from his community will
not believe except some people who have already accepted faith).

ALLAH (S.W.T.) commanded Noah (A.S.)to make a large ship and warn people about the heavy
flood that will destroy everything and take everything away with it.

And it was revealed to Noah that, “No one will believe from your people except those who
have already believed, so do not be distressed by what they have been doing.

“And construct the ship under Our observation and Our inspiration and do not address
Me concerning those who have wronged; indeed, they are [to be] drowned – Al Qur’an (Ch 11, V36-37)

The People when they saw Prophet Noah (A.S.) constructing ark as commanded by
ALLAH(S.W.T.), they made fun of it. Later, when the final hour came, all the unbelievers were
drowned in the flood.

The wife of Noah (A.S.) according to the Qur’an and Hadith was also an unbeliever and she
tasted the same punishment that her son Japheth and other disbelievers tasted.

DESCRIPTION OF THE NOAH’S (NUH) ARK (SHIP):
The Qur’an takes the reader further into the event that happened at the time when Noah (A.S.)
started constructing an ark on the commandments of ALLAH (S.W.T.). There are verses that
describe the ship and the number of people inside it, and the types of creatures in it.
The moment Noah (A.S.) gets the commandment of building an ark from ALLAH (S.W.T.), he
immediately started constructing the ship.

Read the full feature in our Winter issue – Out Soon!

Five Bedtime Tips For a Good Night’s Sleep
No comments