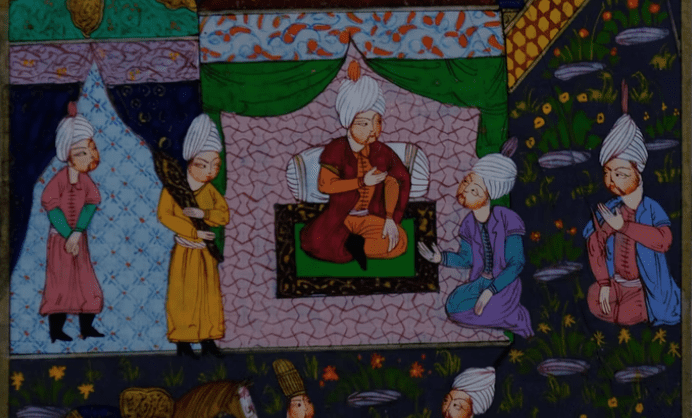 One of the greatest heroes the world has ever seen, this is the story of a man whose saga is timeless. A man who is celebrated by the Muslim world as well as the Western World as a heroic leader who united Muslim leaders and restored the Holy Land of Jerusalem to its original state.

Whilst his legacy is celebrated and documented spectacularly well within Islamic literature, there has also been a rise in western literature praising his efforts in braving the storm against the crusaders. James Reston Jr has commented that Salahuddin was “a preeminent hero of the Islamic world”, whilst P.H. Newby takes it a step further by mentioning, “by acting in the chivalrous manner expected of a knight, he won the respect of his enemies.”

Yusuf ibn Ayyub, more commonly known as Salahuddin al-Ayyubi was born in 532 AH/1137 CE in the city of Tikrit, Iraq. A place that was conquered in 16AH/637 CE by Muslims during the reign of Caliph Umar Ibn al-Khattab. Whilst he was the leader of the Arab people, he was ethnically Kurdish. Some sources mention that his family ancestry can be traced back to the Kurdish tribe of Al-Rawadia, that lived in a village called Dewin in Azerbaijan.

After his birth, his family moved to Mosul, but eventually, his family took him to Baalbek in today’s Lebanon to avoid him being impacted by a family feud. This move was timely and shaped the life of Salahuddin. Baalbek at the time was at the centre of the Muslim world, which spanned from Spain to India and was largely known for its gardens, inspiring buildings, and first-rate education.

Salahuddin was truly a product of the society he grew up in. His great personality, chivalrousness, and determination was a result of his company and the wise mentors he grew up with. Take, for example, Nuruddin, the son of the governor of Mosul at the time. Salahuddin grew up with him and embodied many of his fine qualities. He was generous, handsome, pious, and charming. But, when required he was an austere man, knowing when to be resolute. This is what made him the ideal ruler.

The eleventh-century witnessed three civilisations that squatted around the Mediterranean. Islam was known as one of the richest and most extensive civilisations at the time as it had ultimate power and a reputation of being a strong force. Then there was the Byzantium civilisation followed by Western Europe which was known as the weakest of all three.

The thought of a leader confronting a mighty challenge such as the Crusaders seemed far-fetched at the time, as a feud was already ongoing between the Shia and the Sunni groups. That in and of itself was a challenge. Add to that a perpetual war between the Muslim leaders of the Muslim civilisations and you have a chaotic Muslim world filled with political tension.

But how and why did the Crusaders end up in Jerusalem? The answer lies with the pope, Urban II who instructed them to go. According to him, things were ungovernable in the Holy Land – which was being run by Muslims – along with the added tension of Turks making their way to this part of the world. Urban supposedly had noble plans to take back the Holy Land from the Muslims. Using this as a pretext, Urban took this chance to rally a pan-European Christian army in Clermont, south-west France, to confront and go to war with the ‘infidels’. With an army that numbered tens of thousands, Urban had his eye on Jerusalem. As one can imagine, the crowd reacted with excitement and approval, believing that they were about to travel for noble causes.

The world witnessed two centuries of conflict between Islam and Christianity beginning with the first crusade in 1095. Attempting to capture the Holy City of Jerusalem, the Christians finally made this happen in 1099.

The conflict between the Crusaders and the Muslims is one of the most emotionally charged conflicts that has ever occurred in history. With Jerusalem at the centre of the conflict, it affected Christians, Jews, and Muslims. From 1095 onwards, the next 200 years were some of the most eventful years recorded in world history and this alone became a reason for massive changes in the Muslim world as well as in Christian Europe.

Of course, the disunited Muslim leaders had received news of this, but due to their fragmented state at the time, it gave the Crusaders an advantage. With this, the Crusaders were able to make their way to the gates of Jerusalem. Things were even worse here as the leadership of Jerusalem had been juggled between the Fatimid and Seljuk. What’s more, the city was defenseless as the Fatimids were far from being mobilised and lacked basic weaponry to withstand a siege against an army of 30,000.

Finally, in 1099 – 462 years after Caliph Umar Ibn al-Khattab had entered and conquered the city of Jerusalem – the city was now under the rule of Christians.

The conquest of Jerusalem by the Crusaders was the worst-case scenario for the Islamic world. With 70,000 people massacred, including Jews, Muslims, and Christians, this caused Muslims from around the world went into a state of panic.

Gold of the Great Steppe
No comments