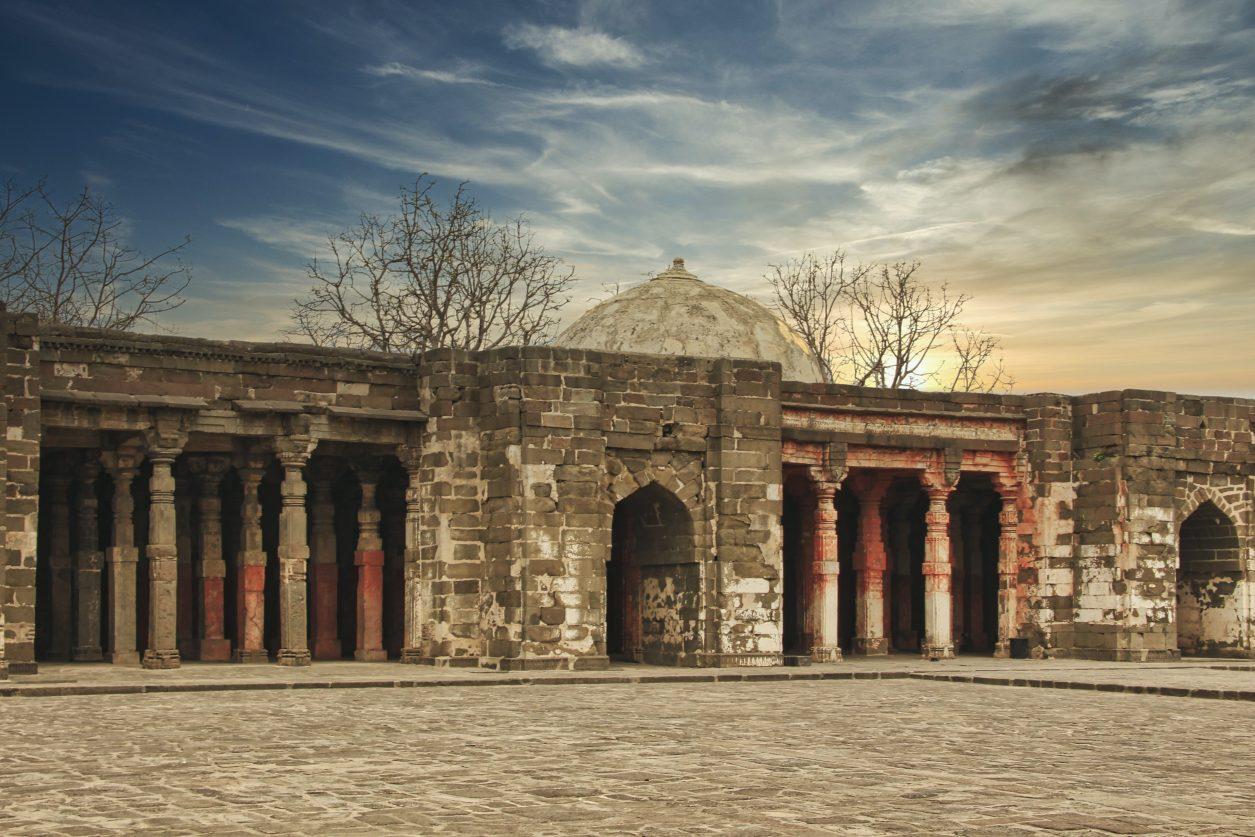 With Islam being one of the most misunderstood religions in the world, visiting the world’s best Islamic landmarks might just be the best way to explore the faith. From learning about Islam’s history and heritage to immersing yourself in architectural masterpieces, visiting Islamic landmarks give you the chance to get a taste of the reality of the religion.

This year, take the time to explore what the world has to offer by travelling to one (or all) of the masterpieces of Islamic architecture. With diverse influences and breathtaking landscapes, these landmarks might be some of the best you have ever visited.

This magnificent mosque stands majestically in the largest city of Morocco and has been a point of interest for many visitors. Did you know that the Hassan II Mosque is the largest mosque in Morocco and the third-largest in the world? Sitting on the shoreline of the Atlantic Ocean, the mosque overlooks the sea majestically. The mosque is known to be home to the tallest minaret in the world which has a laser that shines a light toward the sacred city of Makkah every night.

Considered by some as the eighth wonder of the world, the Alhambra Palace is a representation of one of the finest pieces of Islamic art and architecture. As well as being Spain’s most visited historical attraction, the Alhambra Palace has stood the test of time by retaining its structure since the 13th century. Whilst many come here to marvel at the architecture, this is truly a place to reflect thanks to the overall beauty, care and details found throughout the palace.

Within walking distance of the National Mosque and the KL Bird Park, this is usually at the top of the list of places to visit for tourists. The Islamic Arts Museum is regarded as Southeast Asia’s largest museum of Islamic art and gives visitors an insight into Islam through its global collection of Islamic Art. Showcasing early copies of the Qur’an and Hadith books such as Saheeh Bukhari, the museum is a popular place for history buffs as well as those interested in Islamic History.

If you’re in Istanbul, there’s no doubt you’ll be planning to visit the world-renowned Topkapi Palace. Once known as the political centre of the Ottoman Empire, it soon became the largest palace in the world. However, in 1924, the Palace was converted into a Museum. Be sure to visit the Sacred Trust section in which you will be taken through an exhibition to see historical religious relics belonging to the prophets. Relics include the staff of Moses, the cooking bowl of Prophet Abraham, the mantle of the Prophet Muhammad PBUH, strands of his hair, and much more. However, for many, the stand-out feature of the sacred trust section is the small room dedicated to 24-hour Qur’anic recitation. Qaris (reciters of the Quran) work in shifts to continuously recite the Qur’an, with the hope that the sound will preserve the relics within the building.

Known as the largest mosque in India, the imposing Jama Masjid boasts a courtyard that can accommodate up to 25,000 people. The mosque’s construction began in 1644 by Shah Jahan, who just so happened to be the same person that had the Taj Mahal built for his wife. All four towers, two minarets and three gates were meticulously constructed of strips of red sandstone and white marble, with the size of the courtyard surprising visitors with its immense size. Historically, the mosque held much significance, as it was the primary mosque for the city’s sizeable Muslim population as well as the Mughal emperors until the mid-19th century.

Tombs of Prophets and Companions Jordan

Jordan is replete with tombs and shrines belonging to prophets, which is one of the main reasons why many visit the country. After a 45-minute drive west of Amman city, you’ll reach the tomb of the Prophet Shu’ayb AS. Also referred to as Jethro, the Prophet Shu’ayb AS was a descendant of Prophet Ibrahim AS. Located in the Karak province of Jordan, we find one of the country’s most popular spots for those searching for religious landmarks: the shrine of Prophet Nuh AS. One of the best locations to visit in Jordan is Mazar near Mu’tah and Karak. Here you will find the tombs of legendary companions such as Abdullah Ibn Rawahah RA, Ja’far Ibn Abi Talib RA and Zaid Ibn Harithah. As the tombs are located within proximity to one another, visitors can pay their respects to all three in one visit.

Located within New Delhi, we find Lodi Gardens which is a recreational park visited by locals and tourists. Rich with history, nature, picnic lovers and artists, the park is a great place to escape to if you’re looking to catch a break from all the city’s traffic. But the more interesting part of this park is what lies at the farther end of the grounds. Once you’re inside, you’ll find some intricate architectural structures standing from the time of the Sayyid Dynasty. Filled with inscriptions from verses of the Quran, the Bara Gumbad mosque built in 1494 was one of the first of its kind. What’s more, only metres away from the mosque, you’ll also find the resting places of former rulers of the Sayyid Dynasty, such as Muhammad Shah.

This is not your regular Mosque. The Camlica Mosque – which is the largest in Turkey – has stepped up its game in transforming the mosque’s complex into a holistic one. This mosque not only consists of a prayer room, washing facilities, toilets and a courtyard but also has a separate garden, kid’s play area, an open-air rooftop with amazing views, a museum, a library, a separate study area, an art gallery and many lounge areas. One of the best parts of the Mosque – which comes as no surprise – is the main prayer hall. Located at a distance from the entrance, it is an entirely different world once inside. Some of the most magnificent chandeliers hang from the ceiling, while the prayer hall is surrounded by perfectly designed stained glass windows.

Whilst many visitors to Andalucia get carried away with Cordoba and Granada, the region of Alpujarras often gets neglected. Located at the foothills of the Sierra Nevada mountains, the region is home to peaks, gorges, farmlands and above all, the breathtaking Berber-influenced white villages. History tells us that the Muslims who were expelled from Granada in the late 15th century ended up in this exact region. After finding refuge here, they chose to remain and still do to this day. The history of Muslims may be small here, yet it played an important role in the future of the region. Until this day, many Muslims in Spain prefer to move and settle here due to its history, heritage and sizeable Muslim community.

Kampong Gelam is one of Singapore’s oldest districts and was once dedicated to the Bugis, Arab and Malay communities. Back then, it was known as the Muslim quarter as it was also home to the Sultan of Johore and was thriving with a huge community of Muslim traders. Whilst tourists often get carried away by the multi-coloured buildings here, the imposing Sultan Mosque is a constant reminder of the district’s history. Known as Singapore’s biggest mosque, it was built in 1824 by Sultan Hussein Shah. With daily tours in a variety of languages, it’s a popular choice for many to start or end their trip to the neighbourhood with a visit to Sultan Mosque.

+ posts
Juber Ahmed is our Digital Editor and travel enthusiast with a keen interest in Islamic history and heritage. He travels with his wife to various places around the world and writes about his experiences.
Juber's favourite Quote...
"The World Is a Book and Those Who Do Not Travel Read Only One Page" [Saint Augustine]
Tags: Alhambra, british muslim, british muslim magazine, halal, halal travel, heritage, history, india, islam, Jordan, malaysia, morocco, mosque, muslim, spain, travel, turkey, visit

Books for the little one’s
No comments

Connected Histories: Muslims in the First World War
No comments

In conversation with children’s author Fawzia Gilani Williams
No comments