The Perfect Winter Itinerary for Morocco 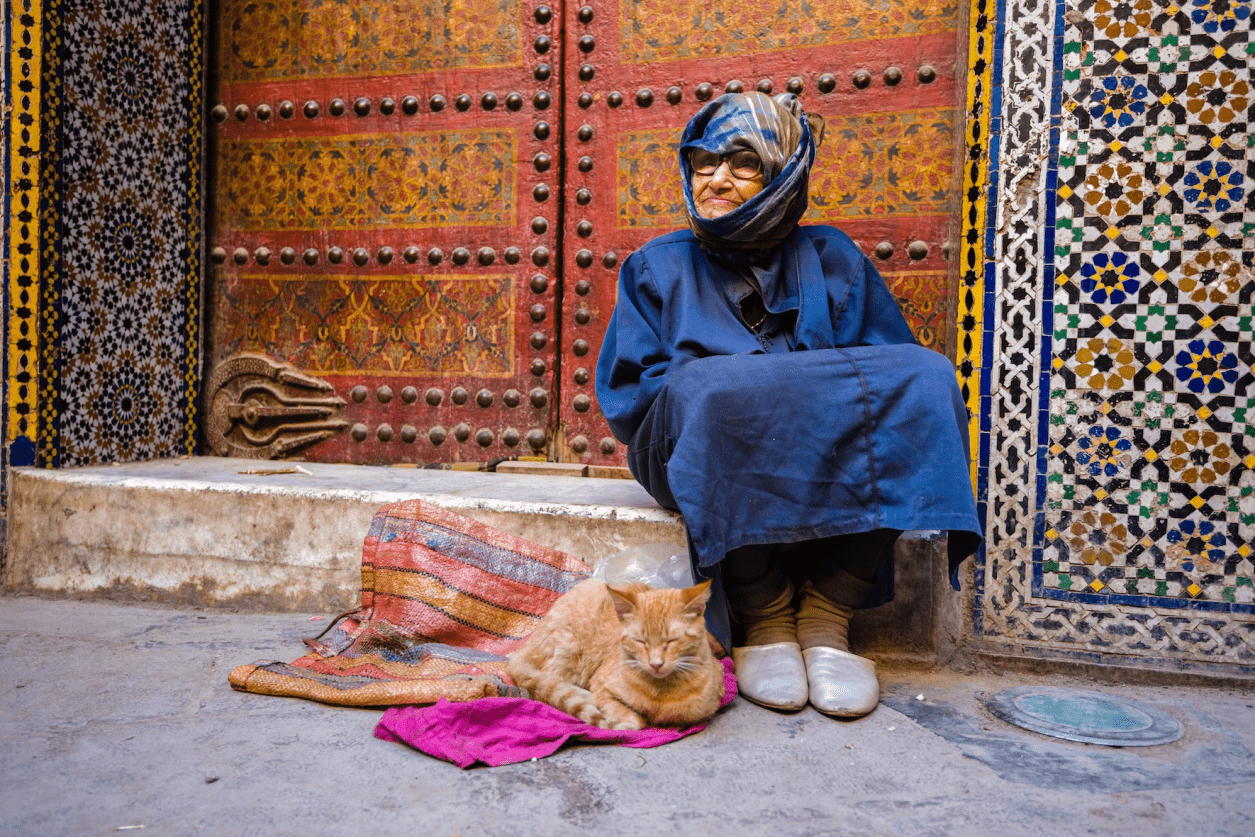 If you’re looking for some winter sunshine, Morocco is the place to be! On top of getting your dosage of Vitamin D, Morocco offers diverse landscapes ranging from the Atlas Mountains to the breathing views of the Atlantic Ocean. What’s more, as Morocco is steeped in history, the country is filled with world heritage sites and landmarks.

Leave the rain, cold and snow behind and head somewhere where you can relax and enjoy the sunshine.

We recommend starting your adventure in Morocco by flying into Marrakech. Gaze out the plane window as you fly past the red mud brick houses and swaying palm trees. After settling in, head over to the magical Jema al-Fenaa for a taste of some of the finest that the city has to offer. You can spend hours strolling through the markets and haggling with the many ambitious shop owners. If you feel like sitting back and enjoying a meal, head to one of the rooftop cafes for a taste of some couscous and tagine!

For your next stop, head over to the coastal city of Essaouira. This port city which rests on the coast of Morocco provides some of the best views of the Atlantic Ocean. The local town has a very authentic feel and has fewer crowds in comparison to Marrakech. Essaouira is a refreshing place to catch a break and has a lot to see for a small city. The city has a serene atmosphere all thanks to Theodore Cornut – the Frenchman who designed the city.

Be sure to visit the splendid beach and wander the streets of Medina, where you’ll see whitewashed houses surrounded by a fortified wall. To get striking views of the Atlantic Ocean and the town, head over to the Portuguese Fort.

Another coastal city worth visiting is the splendid Casablanca. Whilst the city is a hotspot for surfers and water activities, it is visited often for its Hassan II Mosque. The mosque stands majestically in the largest city of Morocco and has been a point of interest for many visitors. Did you know that the Hassan II Mosque is the largest mosque in Morocco and the third-largest in the world? Sitting on the shoreline of the Atlantic Ocean, the mosque overlooks the sea majestically. The mosque is known to be home to the tallest minaret in the world which has a laser that shines a light toward the sacred city of Makkah every night.

For a change of environment, we recommend heading over to Fez. Considered the oldest of Morocco’s four imperial capitals, Fez is as medieval as it gets when it comes to the Arab/African world. The city will stimulate and heighten your senses as well as invite you to appreciate the country’s vast history. Whilst the city is home to more contemporary and modern neighbourhoods, it’s believed that almost a quarter of the population lives in the energetic Medina City. Fez is truly a place where time stands still and allows visitors to wander back in time to a simpler way of life.

End your trip by flying back to the UK from Fez or Casablanca.

The best way to get around is by car rental or by train. Morocco has a superb tourist infrastructure which allows visitors to go from one city to another in a few hours. In fact, you can get from Marrakech to Casablanca in just under 3 hours. The Al Atlas trains will ensure a high level of comfort as well as high speeds, all whilst you gaze out the window at the awesome views of the deserts, cities and villages of Morocco!

+ posts
Juber Ahmed is our Digital Editor and travel enthusiast with a keen interest in Islamic history and heritage. He travels with his wife to various places around the world and writes about his experiences.
Juber's favourite Quote...
"The World Is a Book and Those Who Do Not Travel Read Only One Page" [Saint Augustine]
Tags: british muslim, british muslim magazine, casablanca, essaouira, halal, halal travel, history, marrakech, morocco, muslim, travel, winter holiday

Happiness, a season of free exhibitions, events and activities exploring the complex theme of happiness.
No comments

5 Recommended books to read this April
No comments

Encounters with Islamic Art
No comments