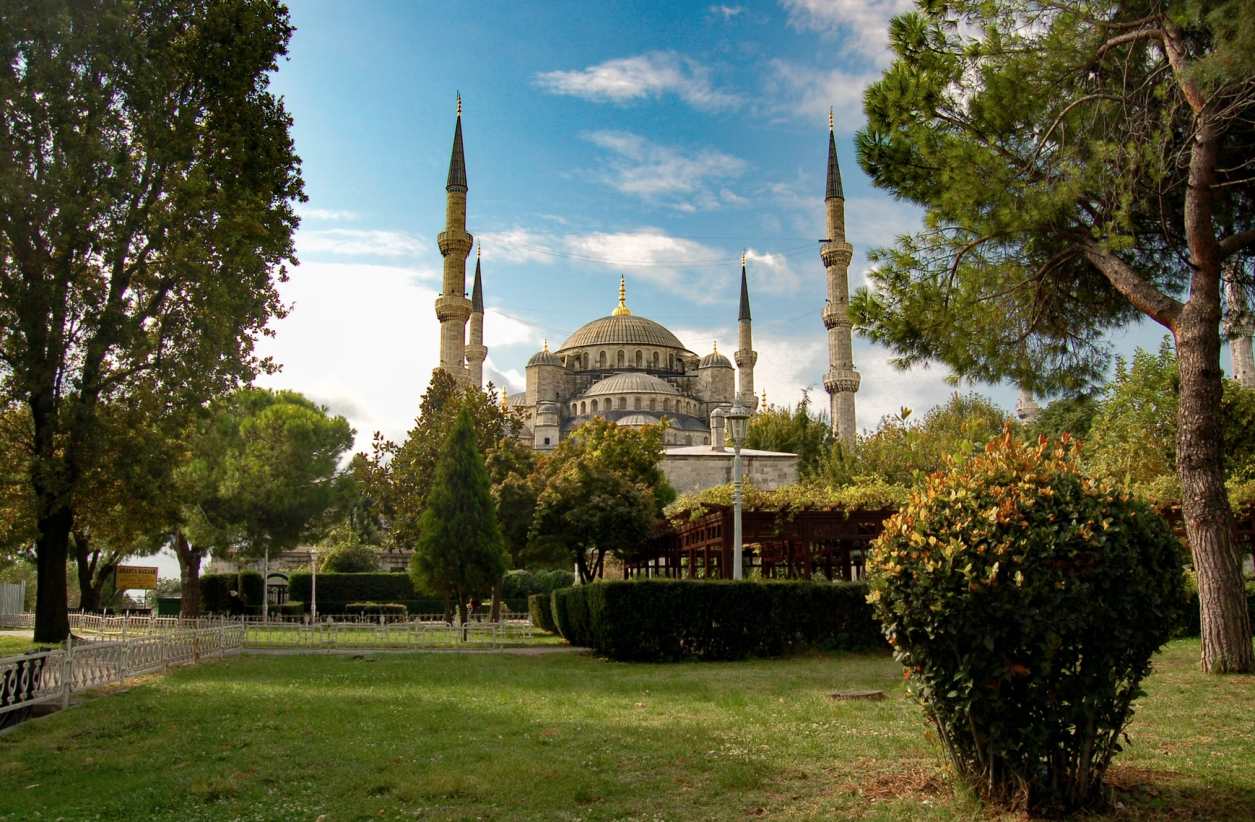 A mystifying and historic city full of attractions for the most curious of visitors, Istanbul stands with pride stranded between two continents. Being one of the most visited countries in the world, visitors usually have a lot of questions about what to see and do here. If you’re looking for some inspiration, read on to explore some of the must-see sites in Istanbul!

Built between the years 1609 and 1616 during the rule of Ahmed I, it is also known as the Blue Mosque due to the blue tiles that adorn the walls of the interior of the Mosque. Take your time and experience peacefulness and tranquillity whilst watching worshippers pray and chant verses from the Qur’an and Islamic poetry.

Facing the Sultanahmet Mosque, you’ll find the Hagia Sophia Mosque standing with all its might and glory. The building can be traced back almost 1500 years. From its inception, functioning as a Church (and Cathedral), it was transformed into a Mosque in 1453. However, in 1934 it was converted into a museum, until July 2020, when it was transformed back into a mosque.

Constructed in the 15th century atop a small peninsula hill, sits a former palace which was known to be the political centre of the Ottoman Empire. In 1924, the Palace was converted into a Museum. Visitors will see beautiful courtyards, exhibition halls, ruins and columns and many other relics. Be sure to visit the Sacred Trust section to see historical religious relics belonging to some of the major Prophets.

Entry: 72 TL – It will cost 42 TL extra for Harem visits. Istanbul Museum Pass can be used for the Palace and Harem visits.

One of the oldest and highest towers in Istanbul, the tower provides visitors with great panoramic views of the city. Whilst it was used as part of a fortress and inaccessible to the public, in 1967 it opened to the public. With a cafeteria at the top, visitors can get a drink and enjoy amazing views of Istanbul.

Entry: 35 TL – remember that the Istanbul Museum Pass is not valid here.

Lying beneath the city of Istanbul you’ll find one of the largest cisterns in Istanbul. Located southwest of Hagia Sophia, the cistern has the capacity for 100,000 tonnes of water. There are many other cisterns in the city, however, this one is the most visited, accessible and impressive. Definitely worth a visit!

Recognised as one of the most sacred places in the world to Muslims, Eyup is home to the resting place of one of the greatest companions of the Prophet Muhammad PBUH. Known as Abu Ayyub al-Ansari RA, he was known to be the neighbour of the Prophet PBUH. The area of the Mosque is thronged with visitors. From families to couples to solo travellers taking in the atmosphere, one can easily end up spending the day here.

The newly built Camlica Masjid in Uskudar, Istanbul holds the title of the largest Mosque in Turkey. This Mosque not only consists of a prayer room, washing facilities, toilets and a courtyard but also has a separate garden, kid’s play area, an open-air rooftop with amazing views, a museum, a library, a separate study area, an art gallery and many more lounging areas.

A visit to Istanbul is not complete until you’ve taken a cruise across the Bosphorus. You can either take a long cruise or a short cruise from one part of Istanbul to another. Whatever the case, make your way to one of the ferry terminals and enjoy the views of the city whilst sipping on some Turkish tea. The views you get from the ferries are just something else!

Where From You can take a ferry from Eminonu Pier to either Uskudar or Kadikoy. You can also get an all-day ferry/tour with entertainment and lunch/dinner near the pier. Just pop over to one of the piers to explore the options.

Price: Tours usually cost around 20-40TL depending on how long you go for and what’s included within the price. However, if you’re just looking for a simple, short and calm cruise, just take one of the public transport ferries for around 5TL (3TL with an IstanbulKart)

Grand Bazaar
For some retail therapy, head over to the Grand Bazaar – a place which will tempt every bargain hunter. Opening in 1461, the Grand Bazaar is an intersection of histories and cultures and acts as a global crossroad. Being one of the largest covered markets in the world, it has over 3000 shops and 64 covered market streets. The Grand Bazaar also contains a mosque, restaurants, banks, post offices and hammams.

+ posts
Juber Ahmed is our Digital Editor and travel enthusiast with a keen interest in Islamic history and heritage. He travels with his wife to various places around the world and writes about his experiences.
Juber's favourite Quote...
"The World Is a Book and Those Who Do Not Travel Read Only One Page" [Saint Augustine]
Tags: attractions, british muslim magazine, hagia sophia, halal travel, halal trip, Istanbul, mosque, must see sites, travel, turkey

Books to read this Ramadan
No comments