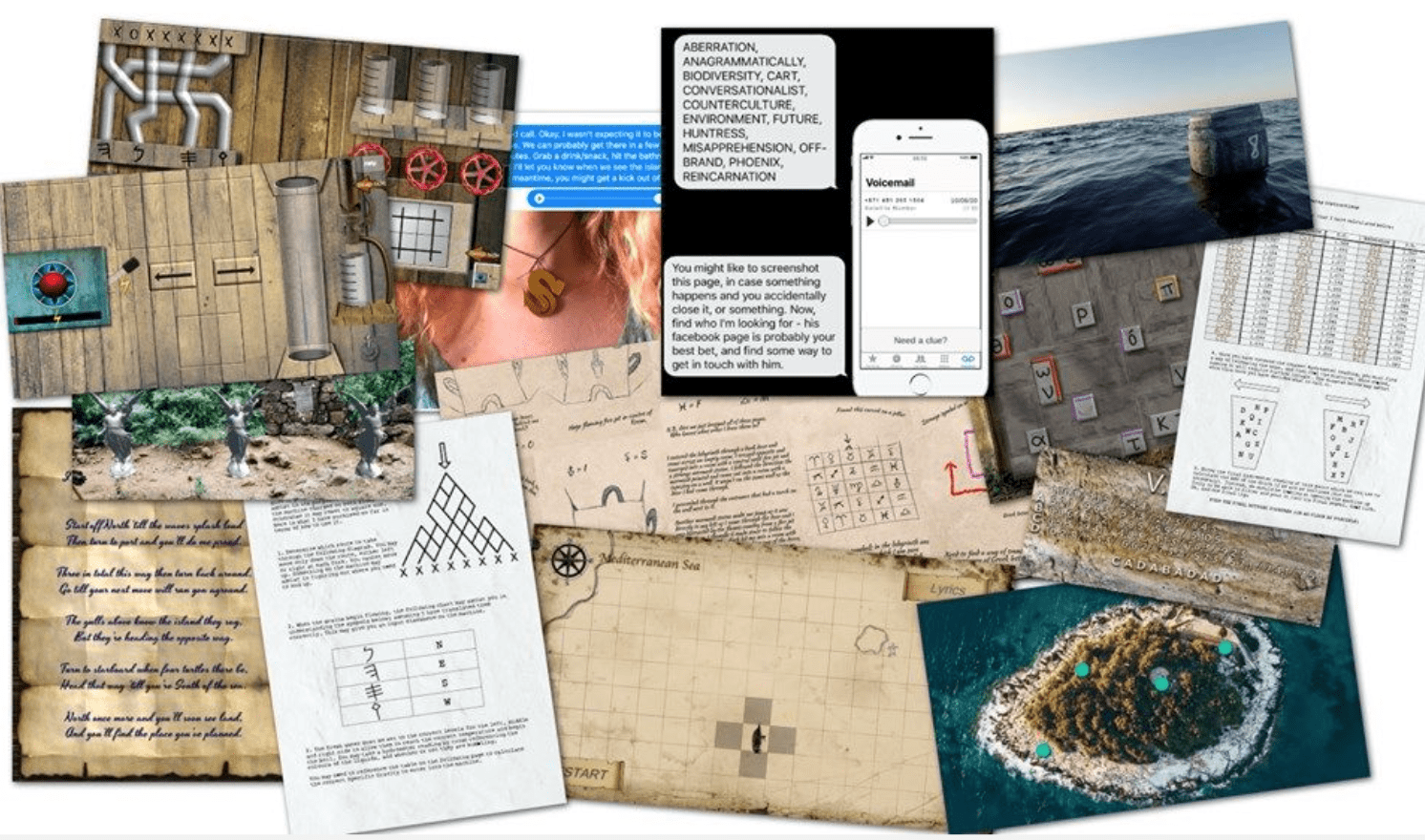 Reach for your wands and seek an ancient spell to defeat darkness, solve a murder mystery, seek out treasure in far flung lands, puzzle your way through Wonderland or try to defeat a mad scientist intent on destroying the world.  This is the world of Escape rooms – one of the most challenging, demanding and entertaining leisure activities, which can be enjoyed live or at home.

Escape rooms requires groups to work together to try and solve puzzles using a variety of skills ranging from code breaking and riddles to logic, navigating mazes, origami or finding keys.  With time inexorably ticking away, the problem solving becomes even more frenetic – no one wants to lose to the clock!

Over the past decade, escape rooms have steadily become a feature of almost every town and city across the UK.  Some are operated by national chains like Escape Hunt, which others are very individualistic and local such as Deadlocked Escape Rooms in Reading, Da Vinci’s exploration in London, Beyond Breakout in Powys, History Mystery in Norwich.  Most companies offer more than one game option at any one site.  Themes and story lines are wide ranging – the most popular being haunted houses, crime scenes, space stations, history, zombies, mad scientists, myths and magic.  Some rooms involve well known characters such as Harry Potter and Dr Who.

Live action games generally last one hour.  The session starts with a short briefing about the plot and the characters, plus safety information explaining how to get out in an emergency.  All live games are monitored via computer screens and players can request clues or leave at any time – but if you leave, you don’t get extra time!  Mobile phones have to be left outside, as you are dependent solely on your own and your group’s skills to solve the puzzles.  Since space within a live escape room is always limited, participant numbers tend to be no more than 6, making it a perfect socially distanced activity for small groups during the pandemic.

The arrival of Covid and lockdown led to the development of numerous downloadable and online games.  There are several different types of games available.  Some games such as Escape Hunt’s Stolen require minimal online activity, with most of the material being downloaded before the game starts while others like the School of Magic are mix of printable material and online puzzles. Alternatively, there are games which are purely online like Deadlock’s Cyphstress and Bewilderbox’s The B.R.U.C.E Project which can be played at any time; as well as games that involve an avatar or as in Escape Live’s Shakespeare Script with a live games master who is instructed by team members to undertake different tasks. This latter type of game requires teams to book in at set times.

Games of this kind are ideal for larger groups of friends or families seeking to socialise online during lockdown or simply when it is too cold, wet and dark to go out!  It can even be a way of connecting with family and friends in other countries.  Limitations are very much down to technology, internet access and time zones.

One of the advantages of such downloadable or online games is the fact that there is more flexibility as to numbers and time limits. Some preparation is needed as some games require material to be printed out before you start, and you may need scissors, pen and paper to help work out the clues.   As long as you have computer access, you can usually use a variety of contact platforms such as Facebook messenger or Zoom to co-ordinate between different households.

We tested out some of these games working across several households many miles apart, and found that while some lasted about an hour, others could take a long time.  Deadlocked’s Cyphstress was so enthralling, and so challenging that we totally forgot that it could be done in two sections!  If it hadn’t been for a panicked telephone call seeking assistance at ten o’clock at night, we would probably still have been going strong in the early hours of the morning as we were mistakenly convinced that a group of clues had to be translated into Greek before we could go any further! It is a brilliant game,which tests you to the utmost, but does have the potential to drive you absolutely crazy especially when navigating the labyrinth.

With visual, audio and online clues involved together with a vast array of puzzles including anagrams, word and tactical challenges requiring you to search out information online while playing the game, co-ordinating and working together as a team was essential.

Escape Hunt has several downloadable games including The School of Magic, The Treasure of the Aztecs and Stolen. Parts of the game need to be printed off first as clues may involve cutting sections out, folding and twisting, maps comic strips, riddles, cipher wheels or puzzle grids.  Facebook access is needed as solutions have to be inputted at regular intervals to allow you to progress through the game.  It also allowed you to request extra clues when the group has run out of ideas.  The only game which we found didn’t really work across several households online was Level Up which is based n a 1980’s computer game. It was very hard for more than one person at a time to be working on each section, leaving other members feeling left out.

ClueQuest offers a series of linked episodic games, which need to be played in order or you lose the thread of the story.  It is really detailed as up to 26 pages per episode need to be printed out relating to varying tasks even before you start the online game.  A password links all the players together.  Scientists are mysteriously disappearing without a trace and there are rumours of a strange network called AlphaBrain.  Agent Crimson had discovered clues, but has since been captured. The challenge is to decode her clues, find out what Professor BlackSheep is up to and stop him.  Each episode becomes ever more complex and challenging – driving us quietly crazy at times.  There was lots of discussion required, and tasks ranged from solving visual clues, maps, cut out challenges, programming and deciphering the London Sheep Exchange.

Co-decode’s Oldervik Online offers the choice of printing materials at home, having it posted to you or doing it purely online. Set in a Professor Dunstan universe, it is lively, entertaining involving hunting for jewels, and journeys by train and ship. Available in chapters, you need to start at the beginning otherwise it is hard to follow the storyline.

The B.R.U.C.E Project from Bewilderbox is purely online, requiring players to be linked via Zoom, Skype or phone.  The story line focuses on a scientist whose dimension hopping adventures have gone hideously wrong leaving him as a brain in a tank of fluid.  Can you create a robot that can be controlled by the human mind?  The goal is to complete the mission as fast as you can.  With only one puzzle window open at a time, you do need to take screen shots and notes otherwise you are likely to forget important information.

Over at Escape Live, the Shakespeare Script has attracted players from all over the world.  Just before the opening performance at The Globe Theatre, the only copy of Shakespeare’s latest play has gone missing.  Players have just 60 minutes to solve the mystery by giving instructions with a live Games master working in the Escape Room in Stratford upon Avon.  It is best suited to a family group within the same house whereas Escape Live’s other online game Rogue Agent can be played across multiple locations.

The only problem with Escape Games is that they can become addictive!  Once you have played one game, most people want to try more whether online or in a live room at one of the many centres nationwide.

3 of the best cycling helmets
No comments