Rumi’s Secret: The Life of the Sufi Poet of Love 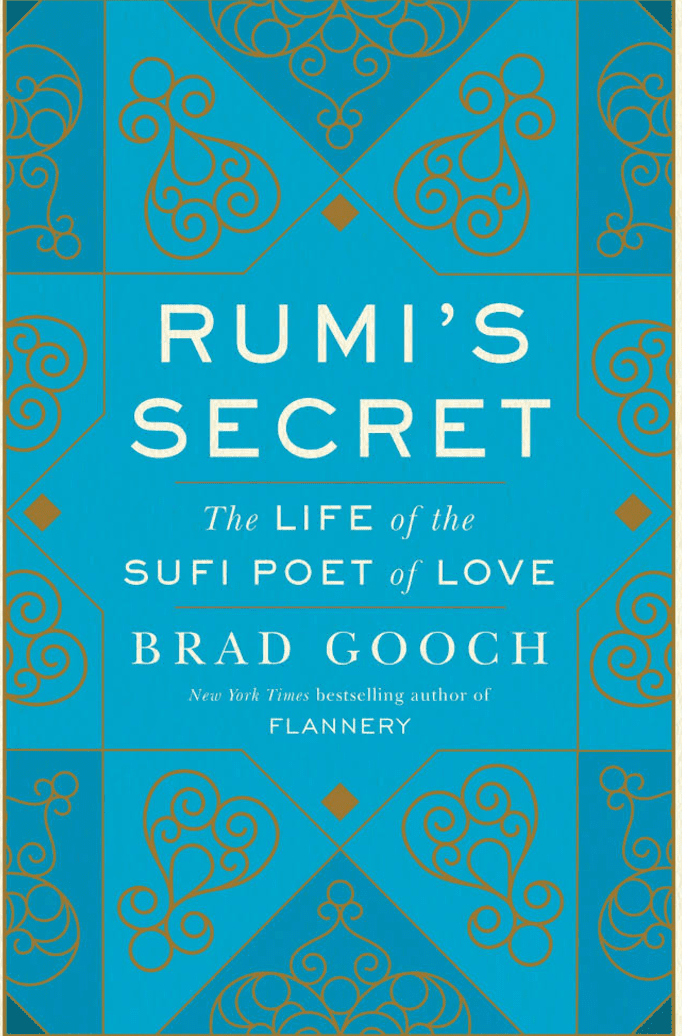 Ecstatic love poems of Rumi, a Persian poet and Sufi mystic born over eight centuries ago, are beloved by millions of readers in America as well as around the world. He has been compared to Shakespeare for his outpouring of creativity and to Saint Francis of Assisi for his spiritual wisdom. Yet his life has long remained the stuff of legend rather than intimate knowledge.

In this breakthrough biography, Brad Gooch brilliantly brings to life the man and puts a face to the name Rumi, vividly coloring in his time and place—a world as rife with conflict as our own. The map of Rumi’s life stretched over 2,500 miles. Gooch traces this epic journey from Central Asia, where Rumi was born in 1207, traveling with his family, displaced by Mongol terror, to settle in Konya, Turkey. Pivotal was the disruptive appearance of Shams of Tabriz, who taught him to whirl and transformed him from a respectable Muslim preacher into a poet and mystic. Their vital connection as teacher and pupil, friend and beloved, is one of the world’s greatest spiritual love stories. When Shams disappeared, Rumi coped with the pain of separation by composing joyous poems of reunion, both human and divine.

Ambitious, bold, and beautifully written, Rumi’s Secret reveals the unfolding of Rumi’s devotion to a “religion of love,” remarkable in his own time and made even more relevant for the twenty-first century by this compelling account.

The Royal Nawaabs Experience
No comments

In search of a good tutor?
No comments