Five of The Best Books Written By British Muslims 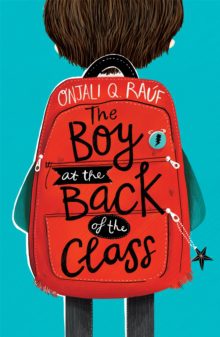 One thing is for sure, narratives, novels and works of fiction by Muslims are unnoticeable in our book shops and libraries. But this is changing drastically. With a rising population of Muslims in the UK, the infusion of cultures and lifestyles compels the need for an ever-changing narrative. Readers are getting bored of the mundane which is why many (Muslims and non-Muslims) are turning to books written by Muslim authors.

Producing some of the most interesting and engaging fiction and poetry works, Muslims are beginning to take the lead in a genre never witnessed before. It’s about time the world realises that there is a more nuanced view when it comes to Muslims and their lifestyles. To kickstart your search, here’s a list of five of the best books written by British Muslims:

Amazing Muslims Who Changed The World by Burhana Islam

Introducing some of the most notable yet forgotten Muslim pioneers who made a difference, this book has a younger reader in mind. The book covers personalities such as Malala Yousafza, Muhammad Ali and Hasan Ibn Al-Haytham. From the Muslim who created the oldest university in the world to a world-famous boxer, this well-illustrated book will delight children and adults alike!

It’s Not About The Burqa By Mariam Khan

Being a Muslim woman in the West is no easy job! Highlighting the journey of seventeen Muslim women, author Mariam Khan covers topics such as sexuality, race and faith. The well-written anthology stands to tackle the misconception of women being submissive and hopeless. She does this superbly by presenting diverse voices and a range of emotions which takes the reader on a powerful journey.

Love in a Headscarf By Shelina Zahra Janmohamed

This remarkable memoir tells the story of Shelina who is eager to find Mr Right. Taking a more comedic approach, Shelina tells the story of her life growing up as a young Muslim woman and searching for love. But it’s not just about finding love. Along the way, Shelina discovers a great deal about herself and her faith.

Written by best-selling British author, Onjali Q Raúf MBE, this book has won several awards. Not only was it the winner of the Waterstones Children’s Book Prize, but it also won the Blue Peter Book Award. The story explores the journey of four young boys who befriend a boy who has taken up an empty spot at the back of the class. The boy (named Ahmet) is a refugee from Syria and is of great interest to the four young boys. Although Ahmet comes off as shy and reserved, he has a story that is about to change the lives of the four young boys.

We Are All Birds of Uganda By Hafsa Zayyan

Set in contemporary London and Leicester as well as 1960s Uganda, Hafsa Zayyan’s novel tells the story of racial tensions and struggle. The story, based on a character named Hasan, talks about the oppressive regime of Idi Amin and immigration for a better life. Whilst Hasan is living successfully in present-day London, his travels between two continents unravel some remarkable discoveries about the reality of love, compromises, and hardship.

+ posts
Juber Ahmed is our Digital Editor and travel enthusiast with a keen interest in Islamic history and heritage. He travels with his wife to various places around the world and writes about his experiences.
Juber's favourite Quote...
"The World Is a Book and Those Who Do Not Travel Read Only One Page" [Saint Augustine]
Tags: boxer, british, cultures, faith, fiction, headscarf, immigration, journey, lifestyles, love, novels, poetry, uk

Muslim Women and Their Role in Marriage
No comments

WIN a Westbourne VIP Experience for Valentines worth £1000
No comments