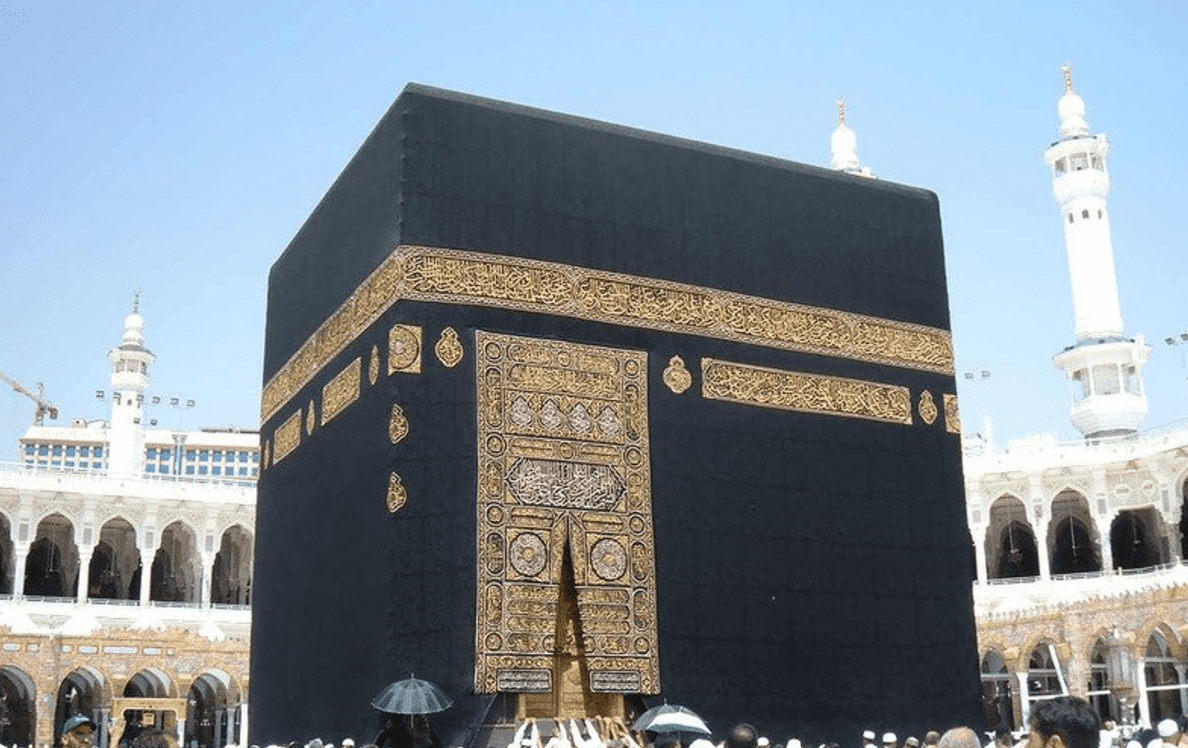 Eid-al-Adha is celebrated due to Ibrahim’s (Abraham’s) willingness to sacrifice his son Ishmael, when God ordered him to do this. However, just as Ibrahim was about to kill Ishmael, God put a sheep in his place. Some people dispute that the son of sacrifice was Isaac (Isḥāq).

Regardless, these events are remembered and celebrated at Eid al-Adha.

Muslims celebrate Ibrahim’s complete obedience to the will of God during Eid-al-Adha. They remind themselves of their own willingness to sacrifice anything to follow God’s commands.

It also marks the end of the annual Hajj pilgrimage to Mecca in Saudi Arabia.

For Muslims celebrating the religious event, their day begins with morning prayers, followed by the food and exchanging of gifts with their family and friends.

Muslims also share their food and money with the poor so that they can celebrate too.

Worshippers will usually slaughter a sheep or a goat as part of the festivities – but anyone wishing to sacrifice an animal in the UK must conform to welfare standards.

Other Islamic dates to take note of:

Islam was founded in the 7th century by Prophet Muhammad. Today this is the second largest religion in the world with more than 1.2 billion followers. The Quran is the sacred text of Islam. The Arabic word “Islam” means submission. Muslims believe that Prophet Muhammad is the final messenger from God. The goal of a Muslim’s life is to live in a way to please Allah (The God) so that one may gain enlightenment.

The Five Pillars of Islam are:

– SHAHADAH.: Faith – “There is no god except Allah, Muhammad is the messenger of Allah”.
– SALAH: Prayer – Praying five times a day.
– ZAKAH: Donate – Each year, Muslims are supposed to donate a fixed proportion of their savings for good deeds.
– SAWM: Fasting – Fasting during the month of Ramadan.
– HAJJ: Pilgrimage – Making a pilgrimage to Mecca at least once in the lifetime of a Muslim, if it is affordable.

This Is How World Hijab Day Started
No comments

First Ramadan with my Baby
No comments

What is Ashura?
No comments