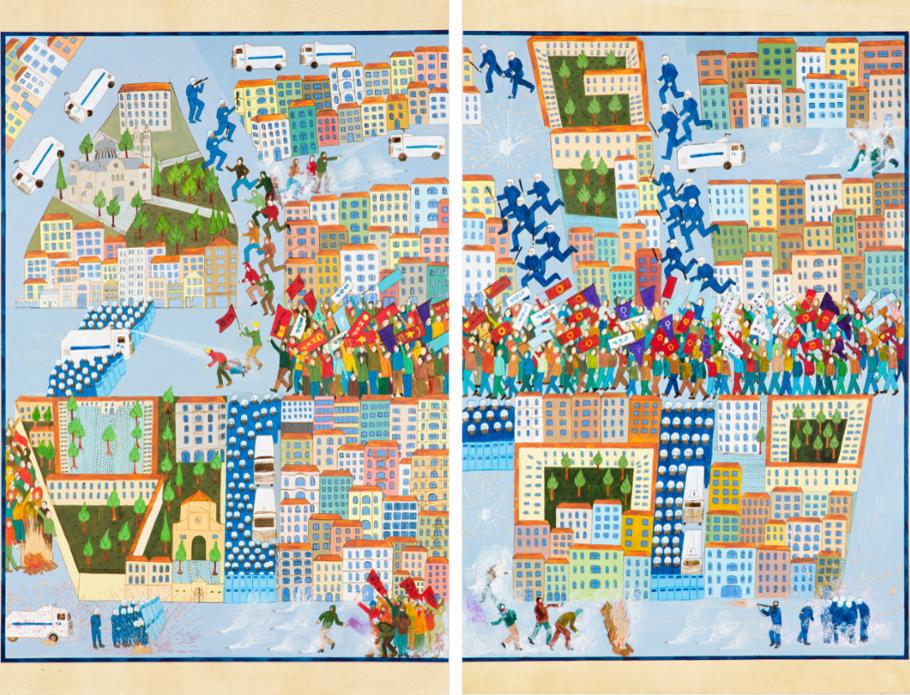 London’s Victoria & Albert Museum has announced the shortlist for the Jameel Prize 4. 11 artists and designers have been shortlisted for this year’s prize of 25,000 pounds, which is awarded every two years.

The Jameel Prize 4 exhibition will open on 8 Jun and run until 14 Aug at the Pera Museum in Istanbul, Turkey. This is the first time it will be launched outside the V&A. The exhibition will in future rotate between the V&A and guest venues around the world.

Over 280 nominations were received for this year’s Prize.

The winner will be announced on 7 Jun.

The Patron of the Jameel Prize is the award-winning architect Dame Zaha Hadid. The judges are: Alan Caiger-Smith, potter; Ece and Ayse Ege, founders of the fashion label Dice Kayek and winners of Jameel Prize 3; Rose Issa, curator, writer, publisher and producer; Hammad Nasar, curator, writer and Head of Research and Programs at Asia Art Archive (AAA), Hong Kong; and Martin Roth, Director of the V&A.

The Prize and the exhibition are organised by London’s Victoria & Albert Museum in partnership with Dubai-based Art Jameel, which is an initiative of Community Jameel.

Community Jameel is the CSR arm of Abdul Latif Jameel, one of the world’s leading independent Toyota distributors. The organisation has been a supporter of Islamic art for many years and in 2006 partnered with the V&A to set up the Jameel Gallery of Islamic Art.

The Jameel Prize was first awarded in 2009 and is held every two years, when works by nominated finalists are shown in an international touring exhibition.

A Luxury Vacation In Dubai
No comments

Creating a SHOWSTOPPER needs days not hours!
No comments